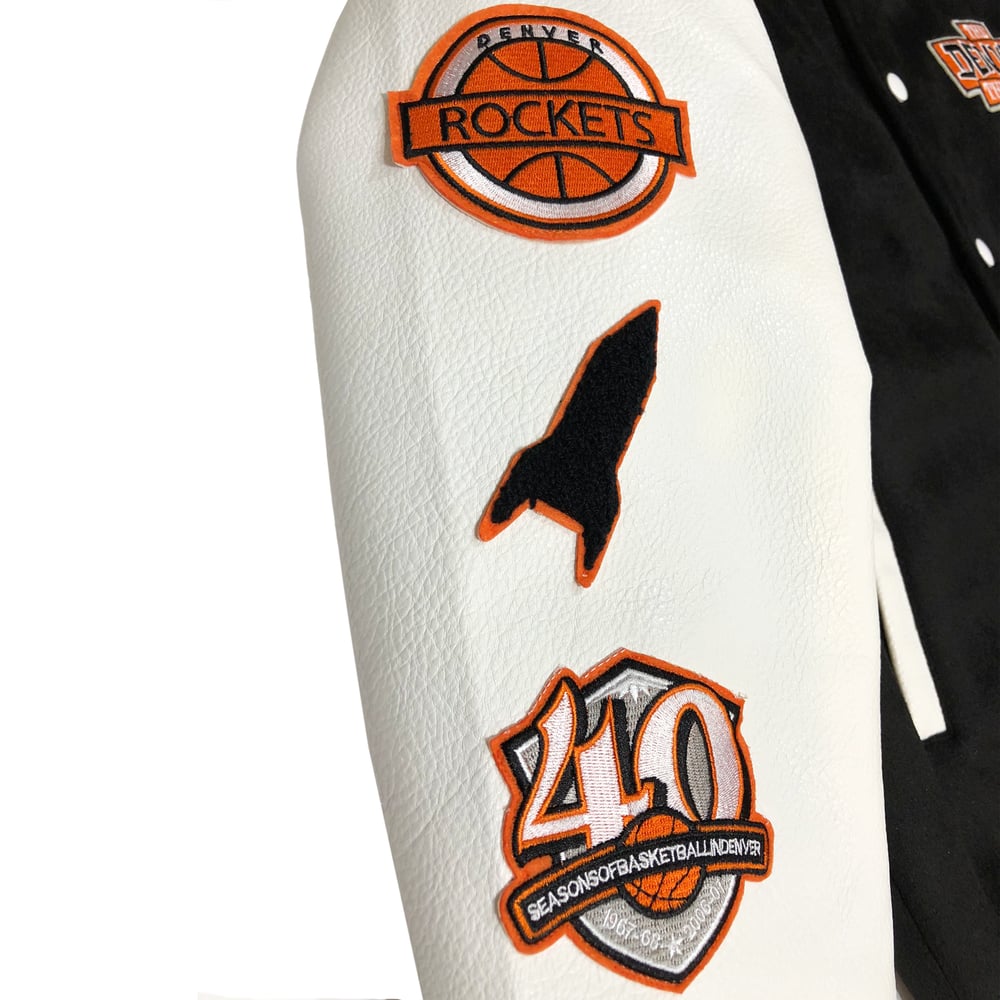 During the 2006-2007 season, the Denver Nuggets paid homage to its organization's origins in the ABA by wearing commemorative Denver Rockets jerseys for their 40 year anniversary. The patches on those jerseys are seen embroidered down the right sleeve as well as the player's numbers down the left sleeve. The backside features the embroidered Denver Thuggets characters in the Denver Rockets uniforms.

Limited to only 50. Won't be restocked. Don't miss out!