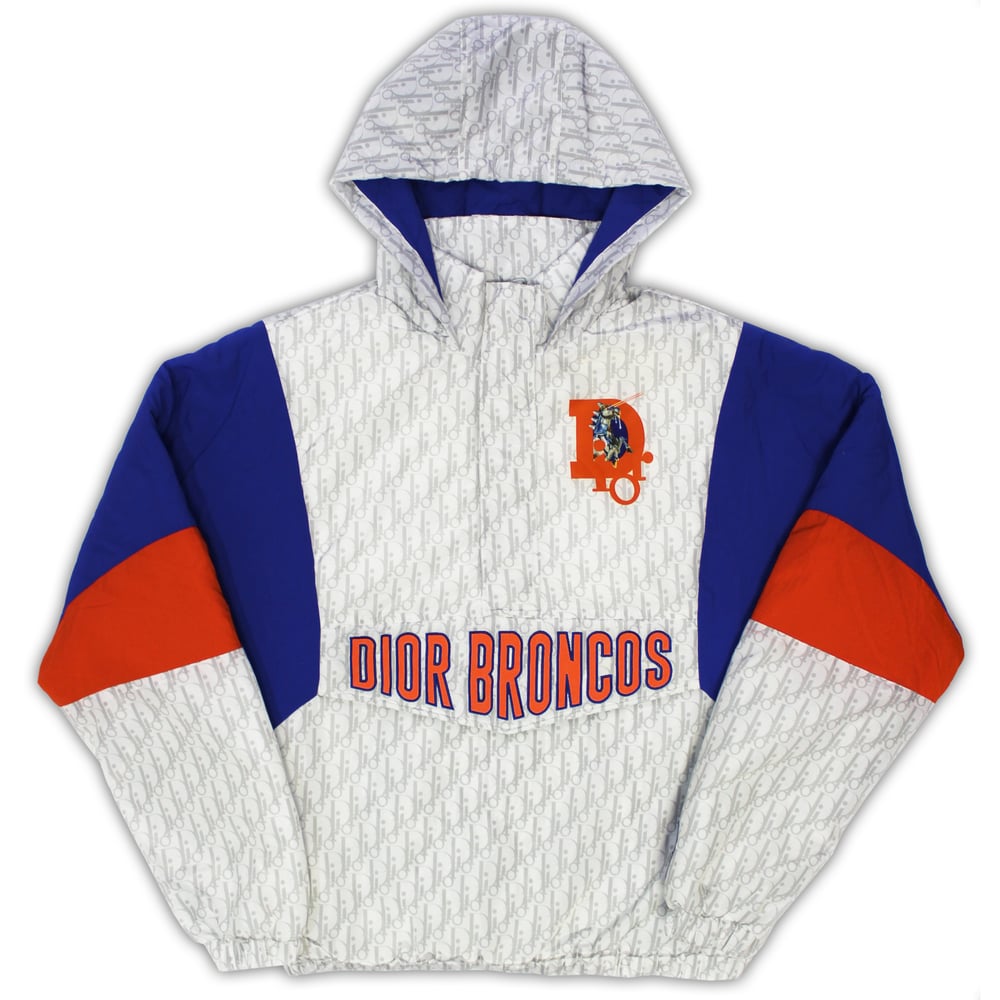 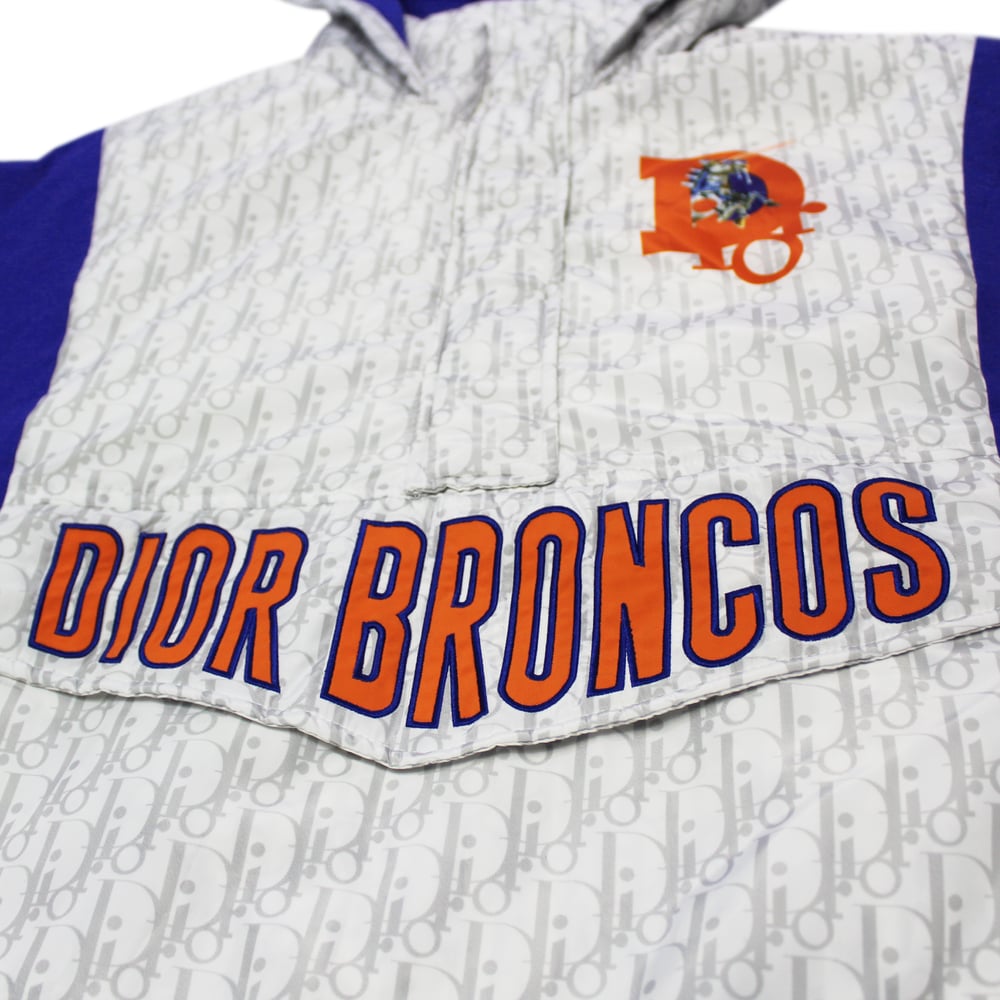 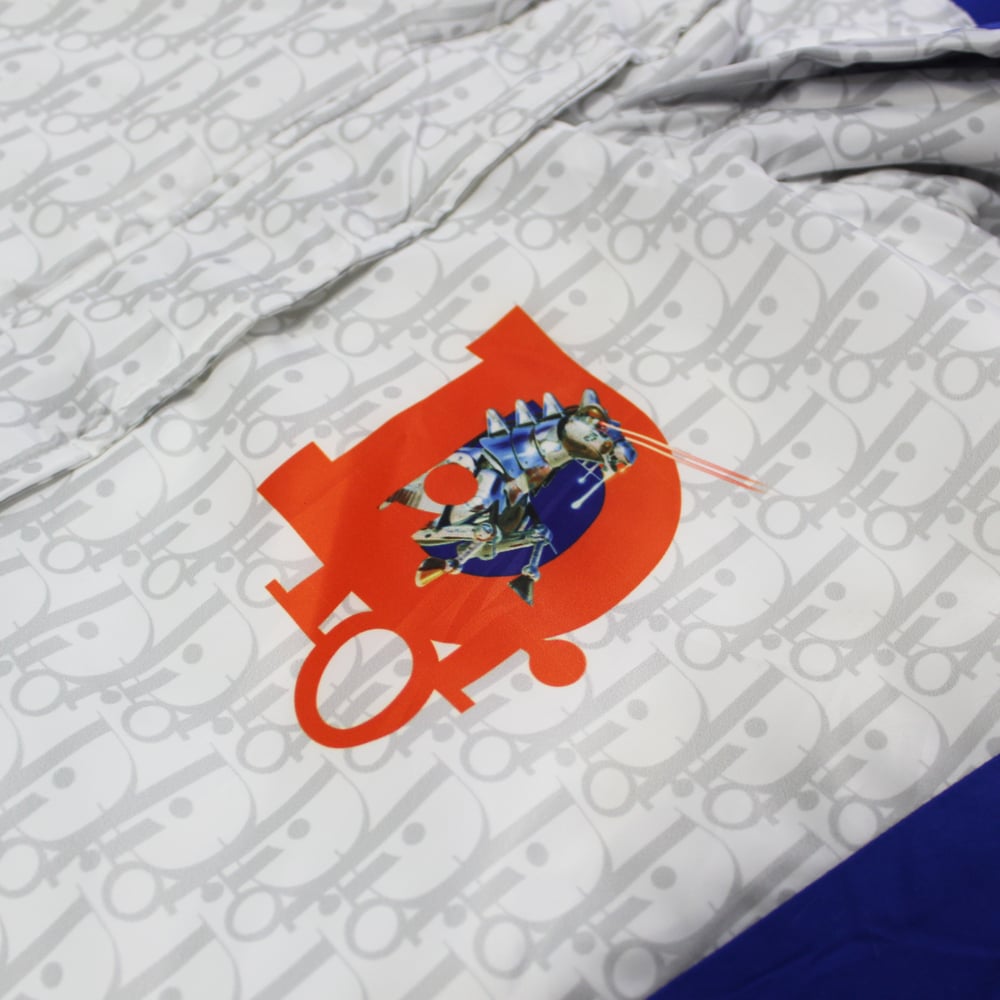 Another unexpected, yet fitting, crossover of two unlikely worlds from Humans Uniquely Expressed. Made notorious by the late great Pop Smoke , this design takes inspiration from his Sorayama x Dior jacket sported in his "Dior" music video. Pop Smoke's jacket features Hajime's signature futuristic and metallic style in the form of a chromed out dinosaur shooting lasers out of its eyes juxtaposed to Japanese cherry blossoms. When seeing this, it made me think of Denver's notorious Blucifer with laser red eyes, while simultaneously representing the Denver Broncos. Also pulling inspiration from the Broncos greatest decades in the late 80's and 90's, I found it suiting to pair the clear representation of those era's logos and colors with the appropriate style of jacket. There's nothing like a good Starter style jacket to capture the nostalgia of the Broncos golden eras.

Very limited quantities available. Strike before they are gone.